It’s Tuesday morning and we’re finishing up 5 days in Nashville. We had a great time here! You know it’s true because I had TWO corndogs over the course of the weekend; it doesn’t get much better than that.

We got here Thursday night and went out to Five Points Pizza where my cousin Jackie works, for pizza and beer. My sister Julie met us there after she got off work and we got to hang out and catch up. She and Jackie live with a third roommate in a large house that they rent here that’s been a great place to stay. We really appreciate all the folks who’ve let us crash with them over the last few weeks! 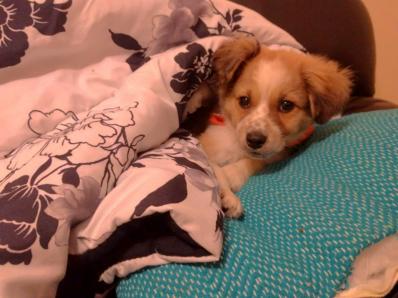 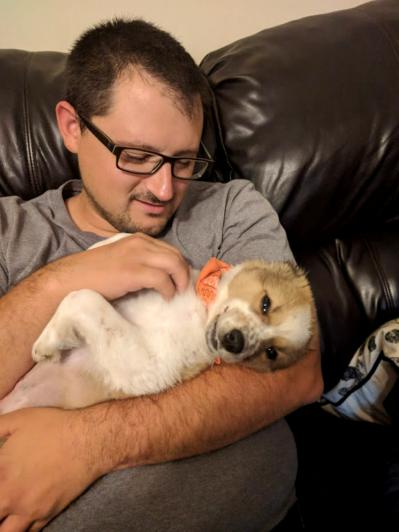 Friday we went for a walk in the nearby park with Julie, who afterwards gave us a driving tour of Nashville. Later that evening we went to Centennial Park and saw Shakespeare in the Park (The Winter’s Tale). The acting was really impressive. The story was fun, although the ending was a little too happy/neat & tidy, in a bizarre way, for my liking. Sappy endings aside it was a great night, the park setting was really nice and Stephen made sangria that we brought with us along with some picnic-type snacks.

Saturday… I don’t remember what we did. Oh yeah. During the day we just hung out at the house and relaxed/played with the puppy! Then we went and met Jackie and the pup at a bar called Drifter’s, where I had corndog #1. We also ate nachos and drank alcoholic beverages (I had more cape coddahs, been enjoying the vodka + cranberry combo lately). Then we went to the Tin Angel where Julie works, which is a classy restaurant near the Vanderbilt campus (I think). The bartender was a tastefully-named gentleman, Daniel, who was quite generous! We may have gotten a little tipsy over the course of the night. We ordered fried green tomatoes there too, which were tasty.

Sunday we went to our first “Meat & Three” which is what they call their diner-type restaurants here apparently. It’s called a Meat and Three because if you go there for dinner, you typically choose a meat and three side dishes. We went there for brunch, so that doesn’t really apply, but we were pretty damn gluttonous: 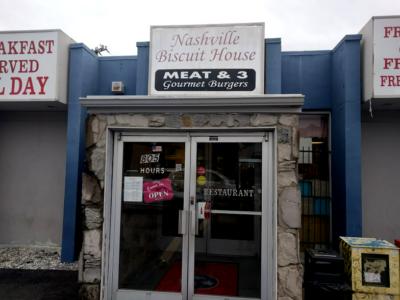 Then we went home to recuperate a while, before going to the Tennessee State Fair that evening! We had a blast. I think Stephen is writing a blog post about that though so I’m gonna gloss over it a bit - there’ll be some pics of it below though, hover over them with your mouse to read the captions. I had corndog #2 at the fair, in addition to other deliciously unhealthy fair food. Sunday was not the healthiest food day of our trip but it was a tasty day for sure.

Last night we went out on Broadway to a couple of the bars/honkey tonks on Broadway. I loved it - there’s good quality live music in just about every bar there. We finished it up by stopping in a karaoke bar to do a round of shots and sing a song each (I sang Army by Ben Folds, whose studio we drove by while we were here). Right after we finished and were getting ready to go, two people started singing what was our traditional karaoke grand finale with our Oakland friends. Obviously, we drunkenly sang/shouted along from our table. It was a fitting way to end the night, and our time here in Nashville. 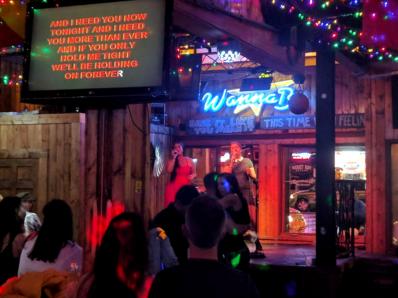 I’m sad to say goodbye to Brody (and Julie and Jackie I suppose) but it’s time to get wild in New Orleans for a few days! Then we head up to Shenandoah National Park in Virginia after that. We’ll check in again some time in the next week or so.

Here are some pics from the last week or so, mostly from Nashville but a little bit of Chicago as well: 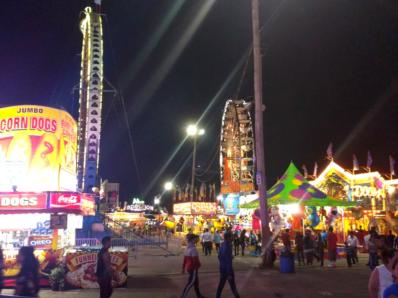 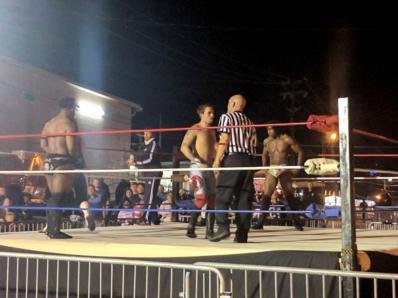 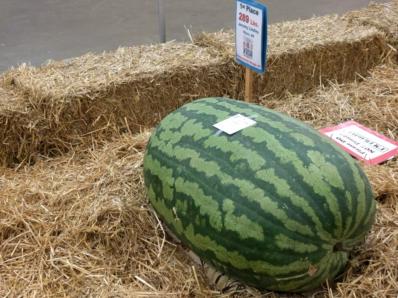 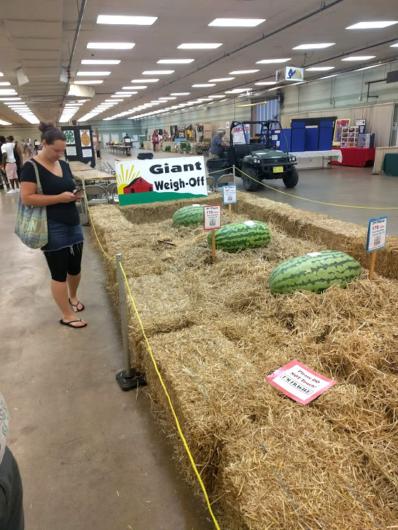 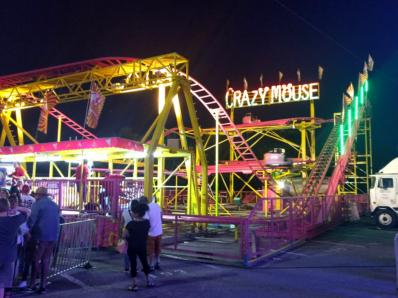 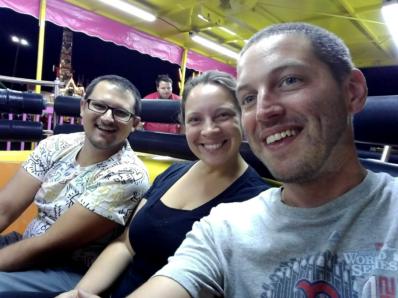 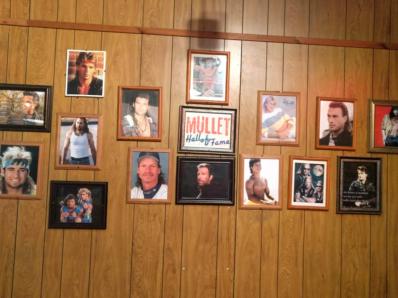 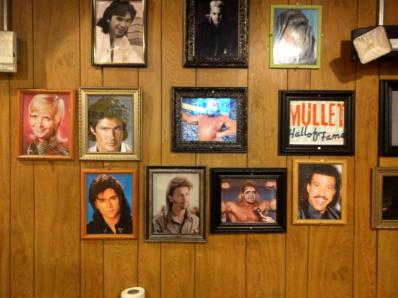 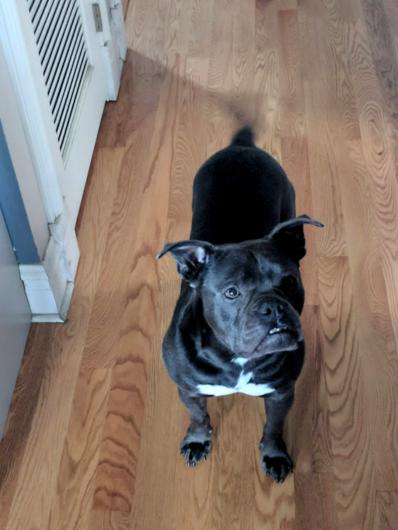 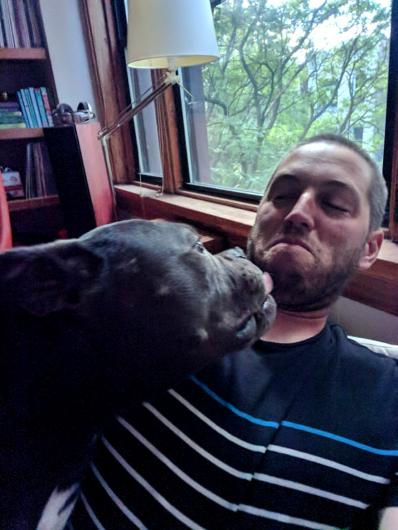 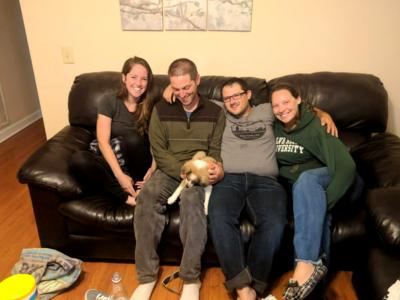 Finally, I leave you with these words of great wisdom: 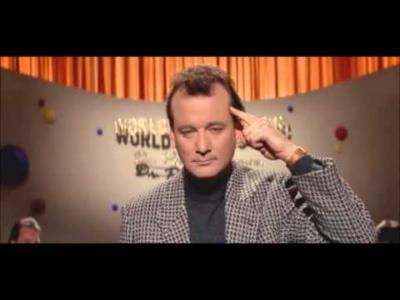