Howdy y’all! We finished up our time on Orcas Island. It felt good to get on the road again after 4+ weeks, but it was sad to say goodbye to Cait and Zack and their family and friends, as well as the beautiful land itself. We’ll be back! Here’s a pic of us with Cait after we chucked some bales of hay: 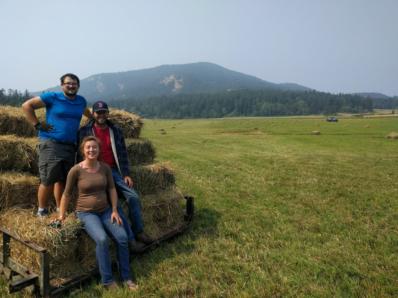 Cait is a great teacher and really knows her stuff, so it was awesome to get to spend two weeks working with and learning from her. We also helped prepare their home and workshop for the Orcas Island Artist’s Studio - Zack is an artist who works with metal, wood and glass to create a wide array of impressive original works, from gates to large metal crabs. You should check out his website: http://zackleckstudio.com/

On the road on Saturday, we stopped very briefly in Seattle. The guise was that we were gonna go check out the Chuhuli Glassblowing Garden & Gallery, but really we just wanted to go to one of our favorite Italian restaurants, La Vita E Bella, which just happens to be close to the exhibit. The lasagna was fantastic as always! The gallery and garden were great if not a little crowded - Chuhuli himself happened to be there doing a booksigning that day. He’s the pirate-looking fella below (followed by a few pictures from the garden & gallery): 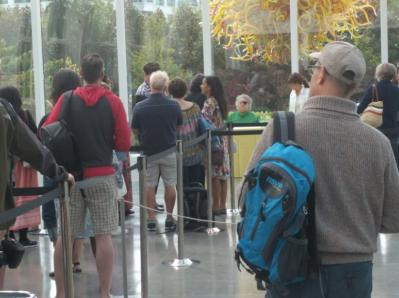 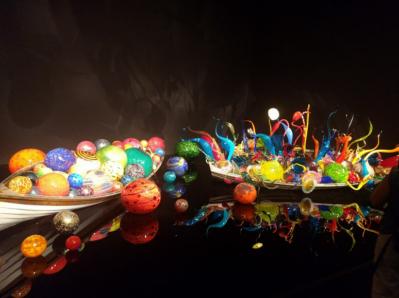 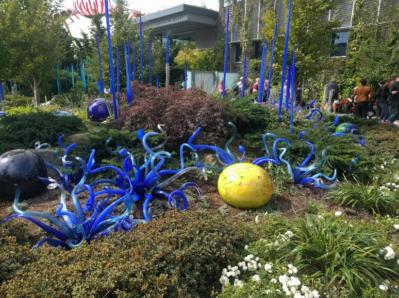 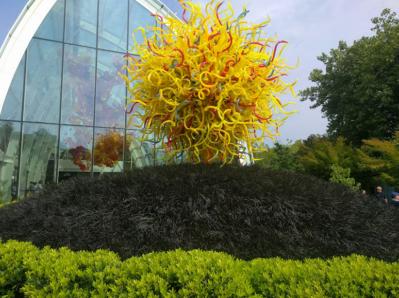 Now we’re in Troy, Montana at a cafe about 20 miles or so from the farm we’re staying on - Curley Creek Farm. They grow a lot of crops for personal consumption, and also sell some of their harvest at the farmers’ market here. The farm is run by a couple named Pete and Deirdre, and they also have two cute pups named Juan and Peanut who are both energetic and hilarious.

In the 3 days we’ve been here so far we’ve mostly worked with Pete on harvesting, weeding and chopping wood. Wicked farmy! We are learning a lot and having fun with it. Yesterday after we were done working Pete took us to a couple different lakes in the area, which was quite refreshing and relaxing. Thursday night we’ll partake in their weekly sourdough bread baking. Friday we’ll take the bread and some of the veggies we harvest to the local farmers market here. I guess it’s a fairly quiet farmers market, but it’ll still be fun to get to take part!

We’re here until Saturday morning, then we have a week to our own devices! We were gonna go to Yellowstone for next Monday’s eclipse but it’s gonna be way too crowded there most likely, so we’re going to figure out a new plan, probably just as soon as I finish this update. Post-eclipse we hope to visit Arches National Park and then make our way into Colorado for the following week’s woofing gig. There’s a dearth of cellphone and internet service on the farm here, so don’t expect any more updates before this weekend. Bye for now!